Hello all! Woo! Spring has sprung and it’s been busy, busy, busy at Wild Spirit! We sincerely thank you for tuning in with us for our March update. We said goodbye to two of our rescues, Storm and Beric Dondarrion; we had a group of International High School students spend their spring break with us and they utterly transformed several areas of our property; our volunteer pool shifted once again and we made a change with our staff.

It is with deep sorrow that we share the loss of Arctic wolf, Storm. Storm was a quintessential animal and he touched many lives during his time on this earth. Storm arrived here as an infant and was hand raised by Director, Leyton, his family and the staff and volunteers at the time. Storm grew up to be a shining example of the majesty of wolves. He was loving, gentle, powerful, fierce and caring. For many years, Storm was one of our Ambassadors and helped us share with the public the authentic truth about wolves being much more than the vicious monsters that they are often portrayed as. The Educational Rescues at our sanctuary are not just ambassadors for Wild Spirit Wolf Sanctuary; they also act as representatives for their entire species. 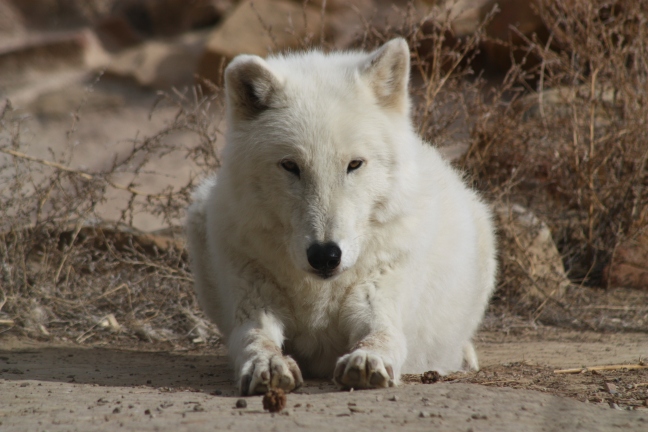 Although Storm lived to be nearly 12 years old, which is much longer than the average wolf in the wild, the last few years of his life were marred with health problems. Storm suffered from Cushing’s disease, which is an unnaturally high and chronic elevation of the primary stress hormone, cortisol. Even though he had very high quality medical care, the disease took its toll. In the end though, Storm was surrounded by the people he loved, and on his last day, he was even visited by one of his favorite people in the world and got to say goodbye. Storm is deeply missed. 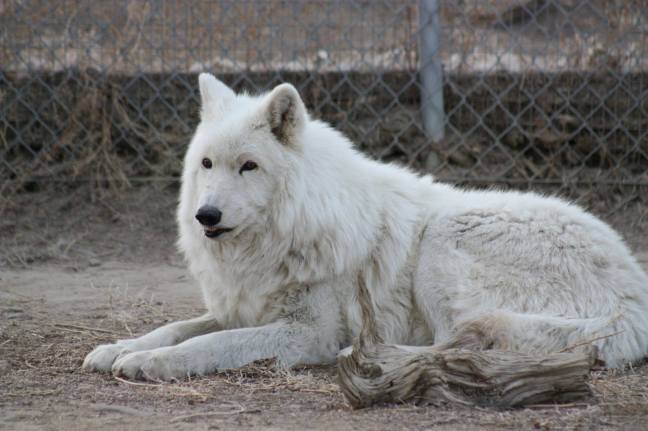 It is with great sadness that we also announce the death of Beric D. aka Rudy of the Westeros Pack. We were more than happy to provide Rudy with the care free environment of WSWS in his final years. Rudy, along with 10 other animals, was rescued from Iowa in 2012. George R.R. Martin and his wife, Parris, sponsored and named the 11 rescues after characters of his A Song of Ice and Fire books shortly after their rescue. Although the beginning of Beric’s life was hard, we gave him the best life possible. He received jaw surgery, heartworm treatment and a special diet catered to his needs during his time with us. Best of all, he spent the rest of his days with the beautiful, Savannah, and reaped the rewards of having companionship. We miss his snaggle-toothed smile, his quirks and his soft howl. We are eternally grateful for the sponsors who made a difference in his life!

Although we had heartbreak in March twice, we were genuinely thrilled to have received some much needed assistance with several projects. Over 20 students from UWC-USA came to the sanctuary for their 2nd year to spend their spring break working with us.  These kids are something else! They were all concerned with doing a good job, there were all great at taking direction and they all seemed to possess a Spartan work ethic!  Suffice it to say, they showed up and transformed various locations of WSWS! After they left, staff jokingly compared them to the Harry Potter world: “they just showed up, waved their wands and magic occurred”. We absolutely love having these students here and hope they return next year, and the year after that!

As we mentioned, our volunteer pool has shifted again. We’re always in need of man power and there are certain roles at the Sanctuary that must be filled to keep things flowing cohesively. In our most recent shift, outstanding, reliable and productive volunteer, Megan Murphy, moved back to Florida. Megan spent three months with us as a volunteer in the summer of 2015 and returned the following year to spend two more years with us.  Megan was an exemplary volunteer and accomplished a lot while she was here. Although we miss her, we know Megan will be successful wherever she goes!

Before Megan left, she helped us welcome Chase and Jessica! Since they completed their training, these two have easily fallen into place with us at WSWS! We are grateful to have them here and are excited to see what they will do and learn during their time here.

Josh McNitt has changed his position from Building & Maintenance Assistant to Guest Services Manager/HR Assistant. Since this change in the beginning of March, Josh has been busy putting new systems into place to help our organization become more effective and efficient. He has already revolutionized a few things, and thanks to his help, you can now book accommodations and tours on our website! Thank you, Josh!

As we usher in the season of spring, we are met with just a few challenges: tropical storm level winds, invasive grasses and animal allergies. It is also the season with many animal birthdays, because spring is the time when wolves are normally born. We will be celebrating a lot this season and will be giving our rescues some fun birthday enrichments! We will also be kicking off our spring fundraising campaign, giving away a cool free gift and sharing some educational material about wolves and their puppies, so stay tuned!